Polystichum are mainly evergreen or semi-evergreen ferns and are a valuable plant when needing some structure and cover in the winter months.  The foliage has a long season of interest and with differing heights Polystichum can be used in a variety of different areas.

Polystichum are easy to grow with minimum fuss needed to keep them happy and healthy.  The central growth forms a rosette shaped clump in moist soil and dappled shade.  New foliage tends to appear light green and epitomises the bright green growth that is associated with spring.

Making a statement on site and in your next design:

Polytichum setiferum Congestum.  A compact fern with congested fronds as the name suggests.  Ideal for use at the front of a border.  Height 30cm

Polytichum setiferum Herrenhausen.  Neatly toothed dark green fronds that are more serrated than type.  Once the frond is uncurled the end remains curled with a knot of decorative white hairs.  A perfect backdrop for other plants.  Height 60cm 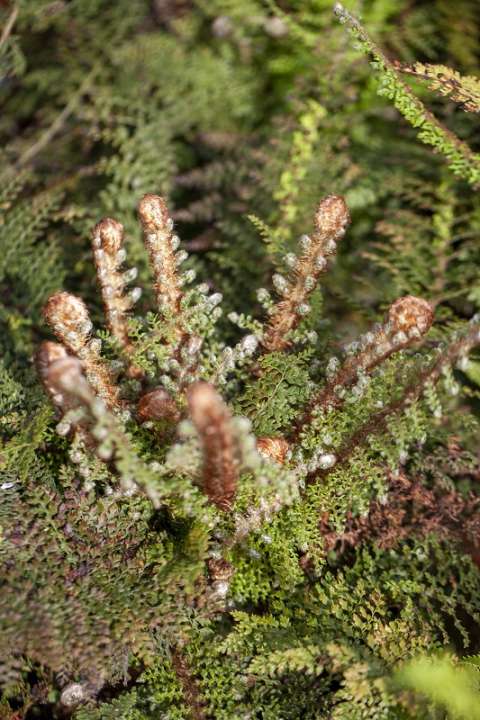